Hello and hope that you are all well and happy. We have had a splendid time on our whistlestop tour of Denmark. 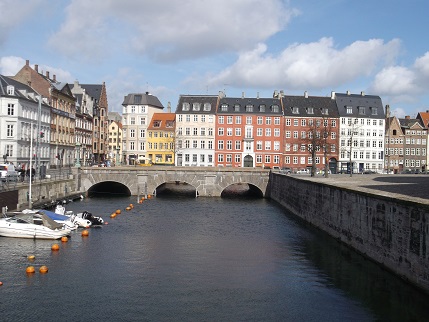 We have seen a lot in a short space of time, taking advantage of the fact that we bought a Copenhagen Card. The card covers entrance to 74 museums and attractions as well as all transport so we visited two castles that were further out from the city as well. Excellent value and well worth getting if you are visiting the city.

This is the beautiful Frederiksborg Castle at Hillerod, an idyllic setting with woodland and gardens surrounding it which we really enjoyed for our picnic and ice cream after the visit, the castle has one of the most amazing chapels that I have ever seen. 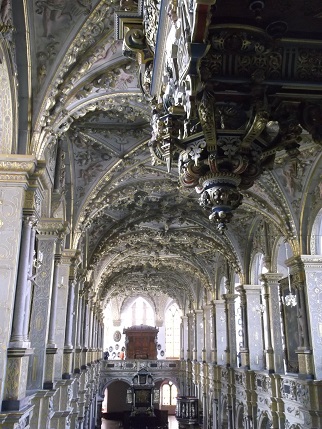 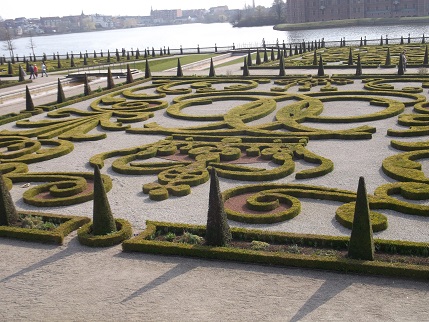 We enjoyed a Metro train trip to Hillerod and an ordinary train trip another day to Helsingor which gave us a chance to admire the Danish scenery, (very like England, much less like Sweden than I was expecting, flat and no pine trees, miles of lovely coastline, lakes and beautiful houses).

This is the Kronberg Castle at Helsingor, built to collect taxes and keep an eye on Sweden a short distance away – we did wave but unfortunately as we didn’t have our passports with us couldn’t visit. I have been to Sweden twice before and would love to return one day. 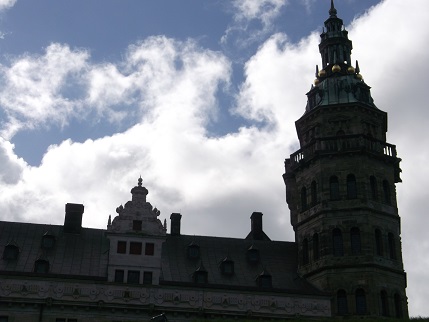 Travel in Denmark was very good, efficient, frequent and comfortable.Our hotel, Wakeup Copenhagen, was 10 mins from the main station and trains were plentiful. The hotel was very nice, small rooms but comfortable beds and a lovely shower 🙂

As a public transport enthusiast it was lovely to see accessible trains with lots of space not only for luggage (I would love trains like this for going to re-enactment events) but also the bikes that are so popular everywhere.

As always on our trips we tried to absorb as much of the history as we could in the short time we were there and not only were there some stunning places but it was lovely to remember again the connections between the UK and Denmark, (not just the Viking invasions), with the royal marriages so it helped put together the jigsaw of European history for us.

It was also interesting to see the human side of the royal lives, as well as the grand palaces and stunning décor there were displays like this of Princess Louise’s sewing chair from the late 1800s in the Ameliaborg Palace , she was obviously a keen needlewomen from the amount of things in her study.

I was also very excited by this display in the National Museum, one of the Scandanavian bog finds which are some well preserved medieval clothes, not a very good picture as my reflection is in the way but great excitement for me to see a real dress and hood so similar to the ones I make for re-enactment.

The churches were very interesting, from spending so much time in Spanish, Catholic ones to the plainer and less ornate beauty here – the top two pictures are Frederick’s church then the Trinity church and lastly the Cathedral.

As well as trains there were boats, a canal cruise and the water bus, the latter to see the Little Mermaid statue.

We also visited the Tivoli Gardens a couple of times, the world’s second oldest amusement park, which reminded us of a mini Disneyland complete with a pirate ship restaurant and beautiful buildings. 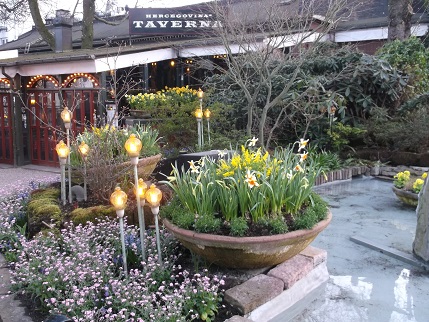 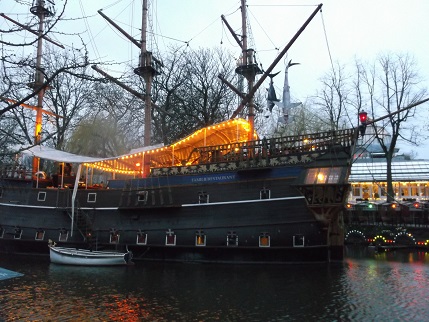 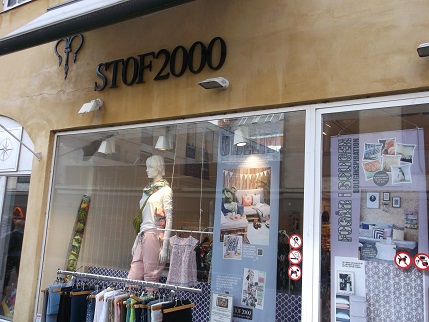 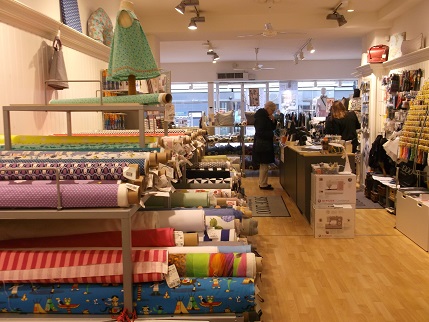 I have put together a slide show with more pictures for you of all the loveliness at the castles we visited and will be back later in the week with a post about the costume from the castles and churches as there was some amazing detail in the paintings and some great costume reproductions.

Have a lovely weekend ahead and enjoy whatever you are doing. Thanks for visiting.

One thought on “Copenhagen – churches, castles and Carlsberg!”