Hello there, hope you are having a nice weekend, am about to go out to an open garden afternoon here in the village but before I do wanted to share some of the Tudor costume we have seen recently as Ellie and I had a little trip out to Nostell Priory  this week.

Ellie has been there before for a training course (she gets to go to some fab venues for her staff development!) and wanted to go back as a visitor.

The house dates from the 1800s but the family were related to Tudor notables including Elizabeth Woodville and so there were quite a few portraits of costume that were brilliant to see.

This blackwork jacket belonged to a Duchess and the detail on the painting was very good. 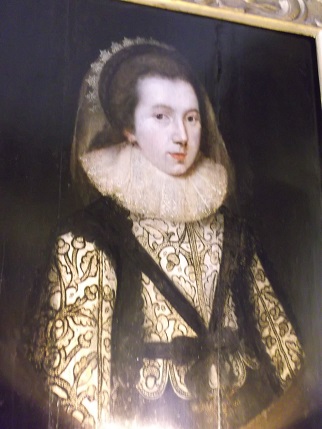 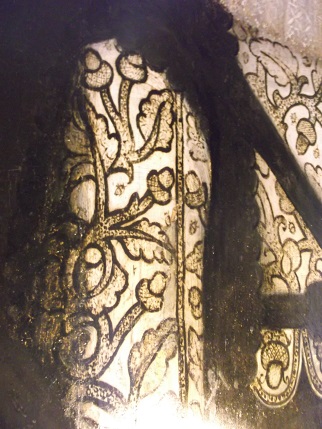 The best thing was just before we left which was this amazing portrait of Thomas More  (he who sadly failed in his attempts to get Henry 8th his divorce from Catherine of Aragon) and his family.

There was such brilliant detail in the pictures of the costumes so I took some close up shots for me and for my friend Kat who makes such fantastic Tudor costume as well as medieval period things. 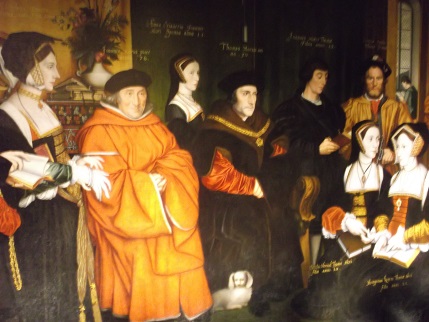 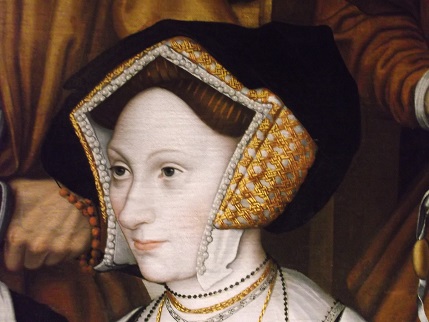 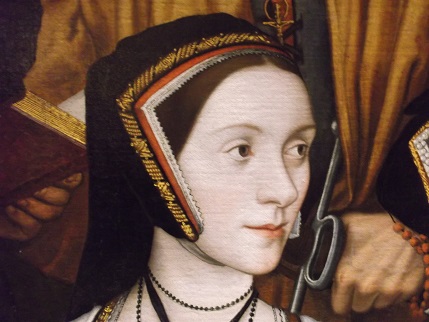 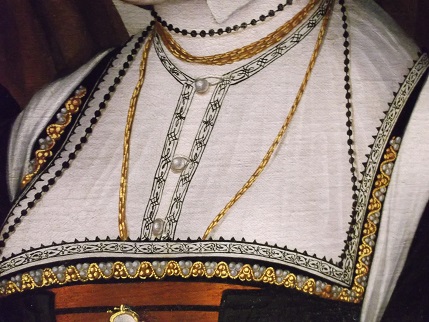 It was interesting to see that two of the sisters had shared two of the fabrics, using it alternately for sleeves and bodice. 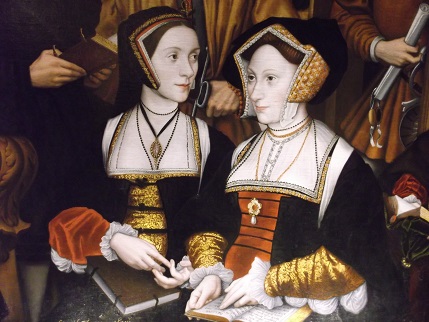 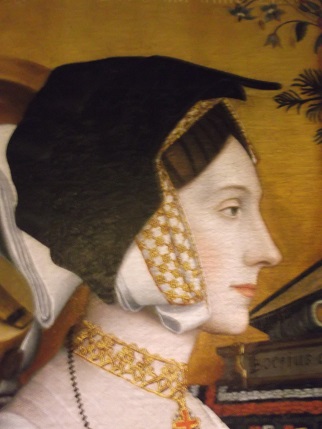 I have some very good news to share with you as well as Ellie is going to be staying at Hardwick permanently – her contract which was due to run out next March has been extended and she will be there for there for the foreseeable future 🙂 We are all very pleased not least Kerry as she was going to miss her cinema buddy!

One of the things that I keep meaning to post about is the National Trust Collections web site that details all of their artefacts, Ellie uses this a lot for her blog so you may find it useful if you are interested in more detail about their collections.

Will be back later with some more textile loveliness from Nostell, meanwhile take care and thanks for visiting.